With the season only a few days old it may seem a bit early to think about travelling to the UK for its season, but a few people have mentioned they are going and I thought it would be helpful to share my experience of travelling there with a gun.

The first thing is to make sure you can get your gun back into NZ. A quick trip to Customs House in Wellington provided me with an export licence which proved I owned the gun in NZ and avoided any awkward conversations about GST on my return. Somewhat bizarrely I also found out I needed an import permit from the police to bring back the gun I had left with. These are valid for 12 months, free and easy to get so get one from your local firearms officer in advance, not at Auckland airport when you get back jet lagged and tired like I did.

Next you will need a UK visitor’s licence. Frankly it is a good idea to get one of these regardless of whether you are taking a gun as it makes buying, carrying ammunition and shooting in general much simpler. You can even buy a gun if you feel the urge. You will need a UK referee who does not need to be a UK licence holder. London Gun Services, of whom more later, can do this for you for a small fee. The process of getting one was not hard, I just needed to provide proof of a valid NZ licence and the details of the gun I was taking, how much ammunition I planned to have etc. The form was available on line but still needed signing, scanning and emailing. Next up, a call to Air NZ to let them know I was taking a firearm on the plane, as checked baggage obviously. They have a strict 15 day notice period for reasons impossible to fathom. All they have to do is tell the guys at the other end, presumably sending the message by carrier pigeon. You can also rely on the fact you will have a “I’ve never done one of these before” conversation with the person in the call centre so just give them the 15 days notice and all will be well. When I came back I spent a frantic Saturday morning tracking down the carrier pigeon recipient at Heathrow who simply said “yeah that’s fine” the day before I flew. I would not recommend this very stressful approach which could easily result in your gun travelling home separately at great expense.

When I arrived at Heathrow I went to the Customs desk with the gun, they checked the serial number against my licence and I was free to go.

Whilst in the UK you are subject to the same rules for transport and storage as any other firearms licence holder which the police there take very seriously. If you are travelling and don’t have a base where you can store your gun this can be a problem. I got round this by using London Gun Services who were superb. Gary Ward met me at the airport on arrival took my gun with him and stored it for me. Each time I wanted to shoot I just called Gary with a few days notice and he delivered the gun to the nearest registered firearms dealer. I picked it up, spent the day shooting then returned it to the dealer to return to Gary to store. Brilliant. London Gun Services charges for each delivery and for storage but the peace of mind it gave me, in a country where firearms rules are very strict and penalties for transgression severe, was worth every penny. They even dropped it off with the manufacturer for a service during the trip. At the end of my visit Gary returned the gun to me at Heathrow, I checked it in whilst he waited, and I flew home. Easy peasy.

One last tip, don’t fly via Singapore. You need a special permit even to fly over it with a firearm on board. Quite what damage they think you can inflict on the country from a pressurised aircraft at 30,000 feet is difficult to imagine but rules are rules and your airline won’t even let you put it on so your gun’s journey will have ended before it has even begun.

Happy travels and enjoy the season(s).

Thanks for hosting us – all the guys had a good time and it was an ideal way to get the Groom to relax! – Hayden A 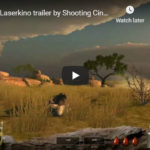